Scenically set against the foothills of the Cascade Mountains, Monroe is located in southern Snohomish County, near where the Snoqualmie and Skykomish Rivers join to form the Snohomish. Home of Native American villages for thousands of years, white settlement began in 1860. Henry McClurg, one of the first settlers, claimed land along the river and in 1864 established the settlement of Park Place. The 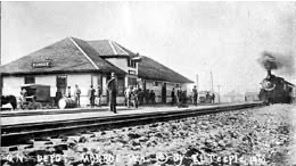 settlement remained nothing more than a few cabins, a school and a post office until the late 1880s when rumor of a railroad circulated. A building boom ensued, with construction of a store, hotel, saloon and community hall. The post office name was changed to Monroe in 1890 to honor President James Monroe, someone McClurg admired. When the Great Northern Railroad located a mile to the north, much of the town was relocated there, including the Monroe post office, from which the new town was given its name. About this time Snohomish County located a poor farm (now the Evergreen Fairgrounds) and hospital just west of town.

Monroe was incorporated in 1902 with a population of 325. In 1907, it was selected as the home of a condensed milk plant, the Carnation Condensery, and the state reformatory. 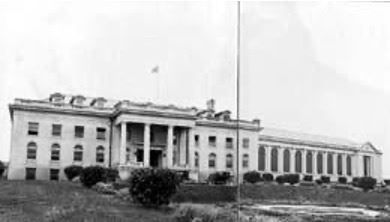 Monroe experienced rapid growth in the early 1900s due to nearby rich farmland and abundant timber, and its proximity to the railroad which provided a way to market for lumber and agricultural products grown in the valley. Since 1980 Monroe has experienced another boom, with population today almost 20,000. It is still home to the state reformatory, but it’s also the home of the Evergreen State Fair, the Evergreen Speedway track, a lovely historic downtown and is considered the gateway to the Cascade Mountains.

The City of Monroe today is a community of approximately 19,800 residents. Located at the confluence of three major highways (US-2, and State Routes 203 and 522), Monroe is uniquely situated as the economic hub of commerce for the more than 90,000 people residing in the Skykomish Valley, between the City of Snohomish and Stevens Pass.

Monroe is a non-charter code City, incorporated in 1903 and operating under the Mayor/Council form of government. Mayor Geoffrey Thomas and the seven-member City Council are elected at-large and serve staggered four-year terms.

Monroe is a diverse community, and our elected and appointed leaders value a community that is equitable and inclusive, and a place where everyone feels at home and that they belong. Nearly 20% of residents identify as Hispanic or Latino, and 26 different languages are spoken as a first or second language by students in the Monroe School District.

The Monroe Historical Society was established in 1976 and operates a free museum at 207 East Main Street. To learn more about Monroe’s history, visit the Monroe Historical Society & Museum on Saturdays from noon to 3 p.m. or visit their website at www.monroehistoricalsociety.org. Additional information is available at www.monroehistoricalarchives.org and www.historylink.org.